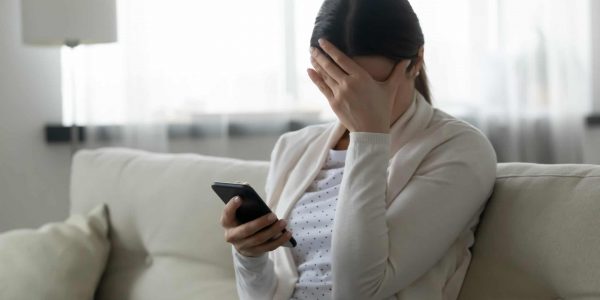 The term stalkers conjures up images of dark figures looming at the end of low lit streets. This menacing figure wears dark clothing and is broad shouldered and appears with a stance that strikes fear. The reality is very different and often stalkers can be those that are closest to you such as an ex boyfriend, a friend or a relative or neighbour. The appearance of a stalker is not menacing and they are ordinary people just like you and I which is often what surprises the victim when the identity of the stalker becomes clear. What makes stalkers develop these obsessions with another person is a story with many facets and the reality is that little is known about why stalkers chose the victim. What is evident is that the victim’s life becomes controlled by the actions of the stalker and victims become fearful of going out and fear constantly being followed. The reality is that the stalker will be around the victim at some point and often may be sat right next to them. There is one such case where the young lady being stalked took up an offer by her male friend when he offered to stay in her home and keep her safe, when all the time he was the stalker and was sending her explicit sexually charged messages.

This victim had knowingly placed her trust in the very person who was making her a life a misery. It has long been the case that women reported stalkers and due to the stalkers ability to keep their identity a secret, it was difficult for the police to trace the individual. This allowed such behaviour to gather momentum and the stalker would progress from anonymous texts to appearing in the same places as the victim. Often by following the victim the stalker would easily find out the residential address of the victim and the behaviour would escalate. Some stalkers will simply sit outside a home and refuse to move on or would return to the victims address and wait outside for hours on end and unless they are actually known to be committing an offence they are not moved on. All the time the stalker is familiarising themselves with the victims movements and work habits which empowers them with the knowledge of when the victim is most vulnerable.

The introduction of new laws offer more protection to victims of stalking as if someone is found guilty of stalking by harassment, following or spying on the victims they could face up to 6 months imprisonment and those that are guilty of stalking with the threat of violence can face up to 5 years imprisonment. The new provisions have been introduced under the Protection of Freedoms Act 2012 and includes the two offences of stalking and stalking with violence and threats of violence. The previous Protection from Harassment Act 2007 did afford protection but there was no recognition that stalking was a crime. It is hoped that these new measures send out the message that stalkers will be prosecuted by the police.

There have been many high profile cases in the media. One such case was that of Clare Bernal who was shot in Harvey Nichols by her ex boyfriend Michael Peach in 2005 whilst he was awaiting sentencing for harassing her. There was also the case of Lorna Smith who was stalked and killed by Clifford Mills in February 2011 and he was jailed for a minimum of 21 years. The Governments introduction of the laws is welcome and has been called for by campaigners for many years. In the UK around 120,000 women fall prey to a stalker and often the result of the death of the victim is an end to an abusive relationship which may have continued for months or years after separation. It is not always the case that the stalker has been in a relationship with the victim and may have just locked themselves into an imaginary relationship. This can cause real fear if you know that someone is watching you and is aware of what colour blouse you wore, where you went and who you met. Stalkers may often give the victim snippets of information about how they arrived home and who with or what they wore and this is unnerving when you are simply living your own life and doing every day things. This is more frightening if you live alone.

The new laws are a welcome development in the recognition of this crime which many woman have struggled with for a number of years. The Government has also signed the Council of Europe’s Convention on Violence Against Women which has been signed by 18 other European Countries. This is a strong message to stalkers that this behaviour will no longer be tolerated and that it will be taken seriously by the Police and other agencies. I would not expect that these new laws will make this behaviour disappear but the recognition of this behaviour as a crime is certainly a step in the right direction. In my area of practice I am familiar with those who end abusive relationships and the behaviour that they have tried to escape from continues to follow them. Many receive threats of violence under the cloak of their partner saying that they want a relationship with the children. In the majority of such cases the Court recognises the violence and the impact that this may have on the children and the mother. However, stalking is emotionally upsetting to the victim and although it may end with a crime resulting in the death of the victim, these new laws ensure that the Police can address this behaviour before the matter is allowed to escalate too this level.

Scudamor3https://leedsfamilylaw.co.uk
Previous Post
The Impact of International Law on Families
Next Post
Should I use Solicitors for my Divorce?

The impact of separation on the family

Should I use Solicitors for my Divorce?

The Impact of International Law on Families